There was a striking headline in today’s Times:

Sexual history of rape victims still being put on trial

Many people will not have a Times Subscription, so if they saw the story at all online they would have seen only the headline, a picture of Ched Evans, and the first sentence of the story which asserted:

Victims of alleged rape or sexual assault are questioned about their sexual history at trial in nearly three out of four cases, a survey shows.

Those able to read the full story would have read that:

“Only one in four alleged victims did not have to face such examination.”

This assertion was based on a report by an organisation called Limeculture, which describes itself, rather alarmingly, as “the UK’s leading sexual violence training and development organisation.” In fact Limeculture is a commercial organisation which concentrates on

“training and developing ‘the specialists’, (such as Crisis Workers, counsellors, Independent Sexual Violence Advisers, Young People’s Advocates, Forensic Practitioners, Police Officers), and those who have a professional role to respond when a man, woman or child has been raped or sexually assaulted.”

I don’t have a great deal of experience of their Independent Sexual Violence Advisers, but I have met one or two (who may or may not have been trained by Limeculture) who have come to court to support complainants in sexual or domestic violence cases. For what it is worth, which is not a great deal, they have struck me as being sensible, level-headed and generally helpful in providing emotional support to complainants going through the horribly stressful experience of giving evidence.

I don’t know how many such ISVAs are currently working in the criminal justice system. Limeculture says that it has trained 450, but there may be other trainers, and no doubt not all their “graduates” are in fact working as ISVAs.

The Times story is based on a Limeculture survey. The organisation sent out an online questionnaire to Advisers as part of an investigation into how the provisions relating to cross-examination on sexual history are working in criminal trials.

S.41 of the Youth Justice and Criminal Evidence Act 1999 prevents the defence in a sexual case from cross-examining about the sexual history of a complainant except with leave of the court, which can only be given in certain limited circumstances.

I have written about it before; in my view the section as currently written is quite tight enough, and indeed in certain respects it is too restrictive on the scope of cross-examination. The Secret Barrister has also written a good deal about why the current rules should not be made any tighter.

There are many who disagree, notably Harriet Harman (who has proposed legislation that would completely prohibit cross-examination about sexual history, however relevant it might be), and Vera Baird QC, the Police and Crime Commissioner for Northumbria.

All that is by way of introduction.

The point of this post is not to argue about the merits of the legislation, it is to question whether the Times story, penned as it was by the scrupulous and careful Frances Gibb, is actually borne out by the Limeculture research.

The most striking claim is that “victims of sexual assault are questioned about their sexual history at trial in nearly 3 out of 4 cases.”

The survey is based on 36 responses from ISVAs who have attended, according to the survey, 550 trials over the last 2 years.

But let’s assume in its favour that the survey is statistically rigorous. Does it actually say, as The Times claims, that “3 out of 4 victims of alleged rape or sexual assault are questioned about their history”?

Here is the table from the Limeculture report on which that assertion is seemingly based:

I’ve read and re-read this table, and I simply cannot understand how it supports the contention that “victims of alleged rape or sexual assault are questioned about their sexual history at trial in nearly 3 out of 4 cases.” In fact, it comes closer to saying almost precisely the opposite. Not a single one of the 36 ISVAs who responded said that 75% or more of trials they attended included such questioning. The vast majority (79%) said that they had seen questions about sexual history in less than half of trials, and nearly 75% had seen it in either no trials at all, or in less than a quarter of trials that they had observed.

It is all too easy to make mistakes in interpreting statistics. Perhaps I have completely misunderstood them myself. If so, I would welcome correction.

The post Are 75% of rape complainants cross-examined about their sexual history? appeared first on BarristerBlogger. 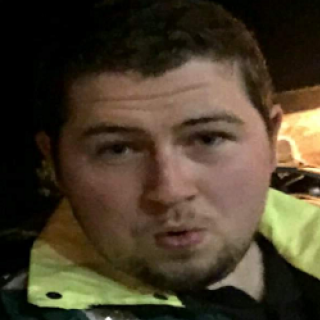 Hi my name is Roger Mills I am 28 years old living in Alberton with my wife Crystal. I am working as an assistant with a lawyer and I love reading and sharing legal stuff.